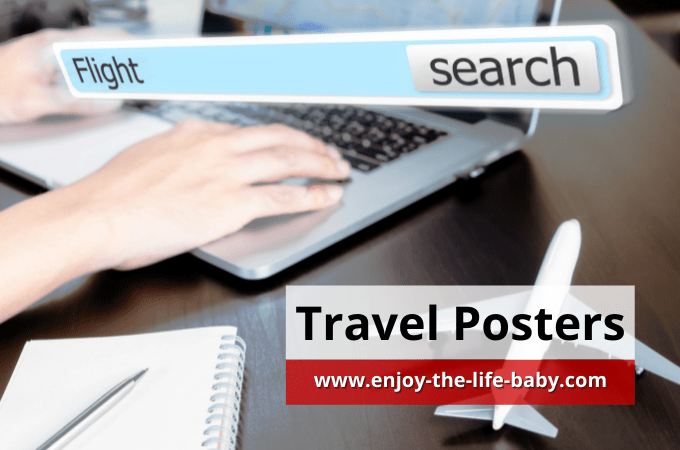 As we all know, the poster dates back to 19th century, when mass production was possible thanks to Jules Cheret’s high-speed colour lithography travel posters. This revolutionary art form brought freedom and excitement to the masses.

After high speed colour printing became possible, the application of art to industrial and commercial printing began to spread across Europe in 1903. It was used to advertise everything, from bicycles to absinthe.

Today, posters are a popular area in the antiques market due to their historical value, artistic style and wall power.

What do People Collect?

While few Travel posters are collected for investment purposes, it is attractive to hang a poster that is conversational, entertaining, and most importantly, an asset that appreciates in value.

One of the most sought-after collecting areas is vintage travel posters. This is because of nostalgia for a time when travel was exciting and glamorous. There are many designs available that promote domestic and international travel, both by liner and airline companies.

The premium paid for prestigious resorts (usually French and Swiss) has been a tradition. Prices can rise if a popular resort is paired with a high-profile artist, like Emil Cardinaux and St Moritz. However, the market can react differently to this formula and be volatile.

A 1934 poster advertising Gstaad by Swiss artist Alex Walter Diggelmann sold at Christie’s South Kensington for PS62,000 in 2016. This was twice the previous record for a poster. In 2008, the record poster sold in the same rooms for a 1952 design advertising Russian ski resorts. Russian bidders were interested in PS30,000.

The market for vintage Travel posters was not established until the 1980s. Christie claims to have been the first auction house in 1982 to host a sale devoted to this category. However, Swann Galleries in New York also began specialising in the subject around the same period.

Back then, interest was primarily centered in the USA. Posters were almost unknown in the UK. The V&A did however help to raise awareness in 1998 with the highly successful temporary exhibition The Power of the Poster.

Since its re-opening in 2007, the London Transport Museum has been holding regular posters exhibitions at Covent Garden.

One of the most important events in this collecting community was the annual Ski Sale at Christie’s South Kensington. According to AntikBar data, the average annual growth in poster prices per auction during their dedicated sales period, 2005-17, was 26.7% annually (according vintage poster dealer and auctioneer AntikBar). CSK’s 2017 closing resulted in the end of that market. These lots now belong to Christie’s Interiors Sales.

AtikBar and Kiki Werth are also interested in the editions of some of the most significant posters. The International Vintage Poster Dealers Association has more information.

This market has been made global by online bidding, but it is still relatively affordable despite its popularity.

The History Of “Androgynous Fashion”

Sleep With Your Newborn Safely With a Co-Sleeper

Natural Birth Secrets Revealed – Why You Must Watch Videos of Birth