The History Of “Androgynous Fashion” 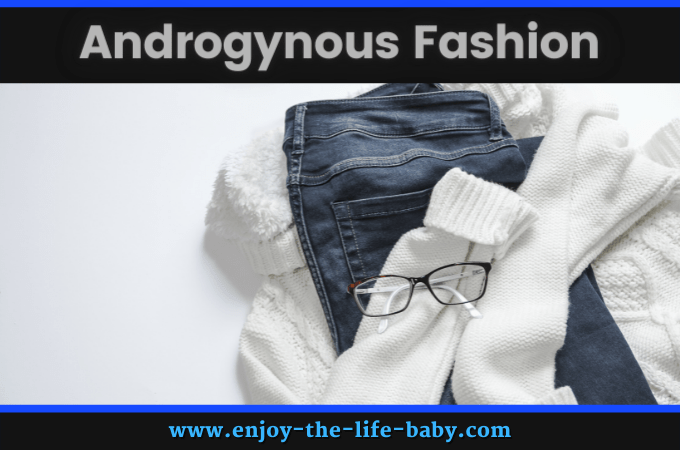 To define it, let’s first examine the history of the word androgynous. We’ll also find out what an androgynous individual is in the context fashion.

Androgynous is a Latin term meaning “androgyne” and it has a Greek origin. The Greek word androgynous was formed from andras (man), and gune (woman). The word, pronounced AN-druhh-jin, describes a mixture of male and female physical characteristics.

Today, androgynous is a description of an identity that falls under the umbrella of transgender and non-binary. This might seem a little complicated, so I’ll explain briefly the differences between sex & gender.

What is the difference in sex and gender?

According to the World Health Organisation (WHO), sex is a genetically conferred characteristic. Gender is a social construct. There are many ways people perceive gender based on their experiences, self-perceptions, and behavior.

What does it mean to be an and Rogynous Individual?

Androgynes can see their identity as a combination of both the male and female genders. Androgyny can also be used to refer to sexual identity or sex.

Androgynes can be described as being between male and female; between man, woman, and masculine; between masculine, feminine, or “in-between” male genders.

England and France were the first to see androgynous fashion styles. Androgynous fashion was initially viewed as an exclusive form of dressing. It was preferred to make the aristocratic classes stand out visually.

The 1800s saw the rise of the industrial revolution and its uniforms. Style uniformity between males and females began to take root.

This shift was made possible by the army’s recruitment of female spies. They had to wear special uniforms that included jackets and dresses, over their trousers.

When women felt that their clothes were restricting their performance and their daily activities, androgynous fashion began to gain momentum. This movement was popularized by women activists who began wearing men’s clothes. Luisa Capetillo is the best example. She was an activist for women’s rights and the first Puerto Rican woman to wear a men’s suit and tie.

In the 1900s, just around World War I began a blurring of traditional gender roles. This had a noticeable impact on fashion. Coco Chanel and Paul Poiret, two of the most prominent fashion designers in the world, popularized the ‘flapper’ style. This style featured trousers and a ‘chic hairstyle’ for women. Celebrities loved the flapper style.

Natural Birth Secrets Revealed – Why You Must Watch Videos of Birth

Surprising Benefits to Being Pregnant During a Pandemic